The Place to Buy Museum Quality RUSSIAN ART
IF YOU ARE WILLING TO SELL: ORIGINAL ART OR ANTIQUES ESPECIALLY RUSSIAN. PLEASE CLICK HERE 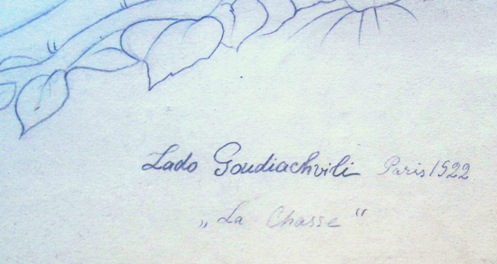 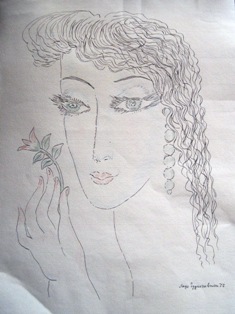 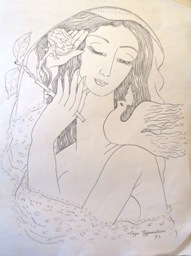 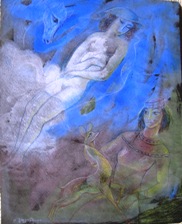 Gift from the artist and the Soviet-American Friendship Society to William P. Campbell (curator of American Art at the National Gallery, Washington, D.C., 1951-76); by family descent to a private New England collection; Skinner Boston MA 01/02/2013 lot 591 N.B. William P. Campbell was one of four representatives of American museums invited on a two-week tour of Soviet Union museums and art-related programs in 1973. The present work was given as an ambassadorial gift to Mr. Campbell on his visit to the Republic of Georgia, after having been introduced to the artist. Skinner thanked the State Tretyakov Gallery, Moscow, Russia, for their kind assistance with cataloging the lot. 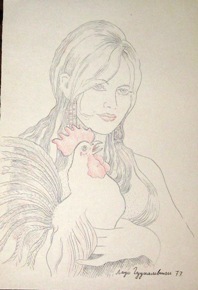 Girl with a cock. Indian ink and color pencil on paper 8x12 inches Signed in Cyrillic "Ладо Гудиашвили" and dated [19]77 low right. Provenance: Vsevolod Dobujinsky collection (stamp on the back).